Pulse Asia Research, Inc. is pleased to share with you some findings on Commodity Prices from the March 2018 Ulat ng Bayan national survey. We request you to assist us in informing the public by disseminating this information.

Nearly all Filipinos (98%) say there are commodities that they usually buy whose prices have gone up since January 2018. Essentially the same figures are recorded across geographic areas and socio-economic classes (97% to 99% and 96% to 98%, respectively). (Please refer to Table 1.)

In terms of the specific items whose prices have increased in the previous quarter, the most often cited ones are food (92%), more particularly rice (81%) and non-rice items (67%), and sugar-sweetened beverages (SSBs) such as juice or soft drinks (56%). Other commodities mentioned are electricity (30%), transportation-related items (22%) which are gasoline/diesel (16%) and transportation fare (7%), LPG (12%), medicine and other health-related needs (9%), cigarettes (5%), alcoholic drinks (4%), cellphone load (3%), water (2%), and recreation-related expenses (1%). (Please refer to Table 2.) 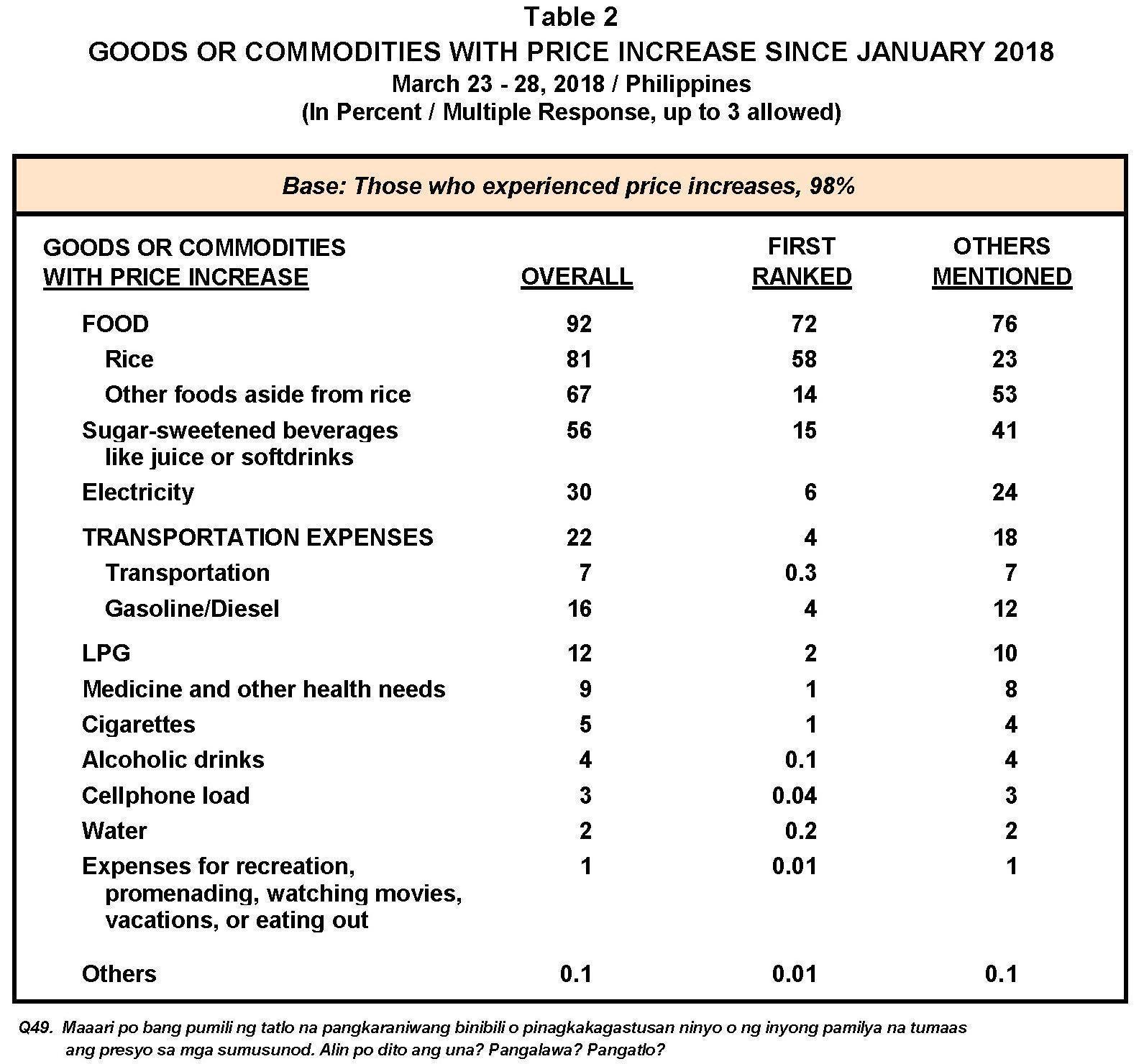 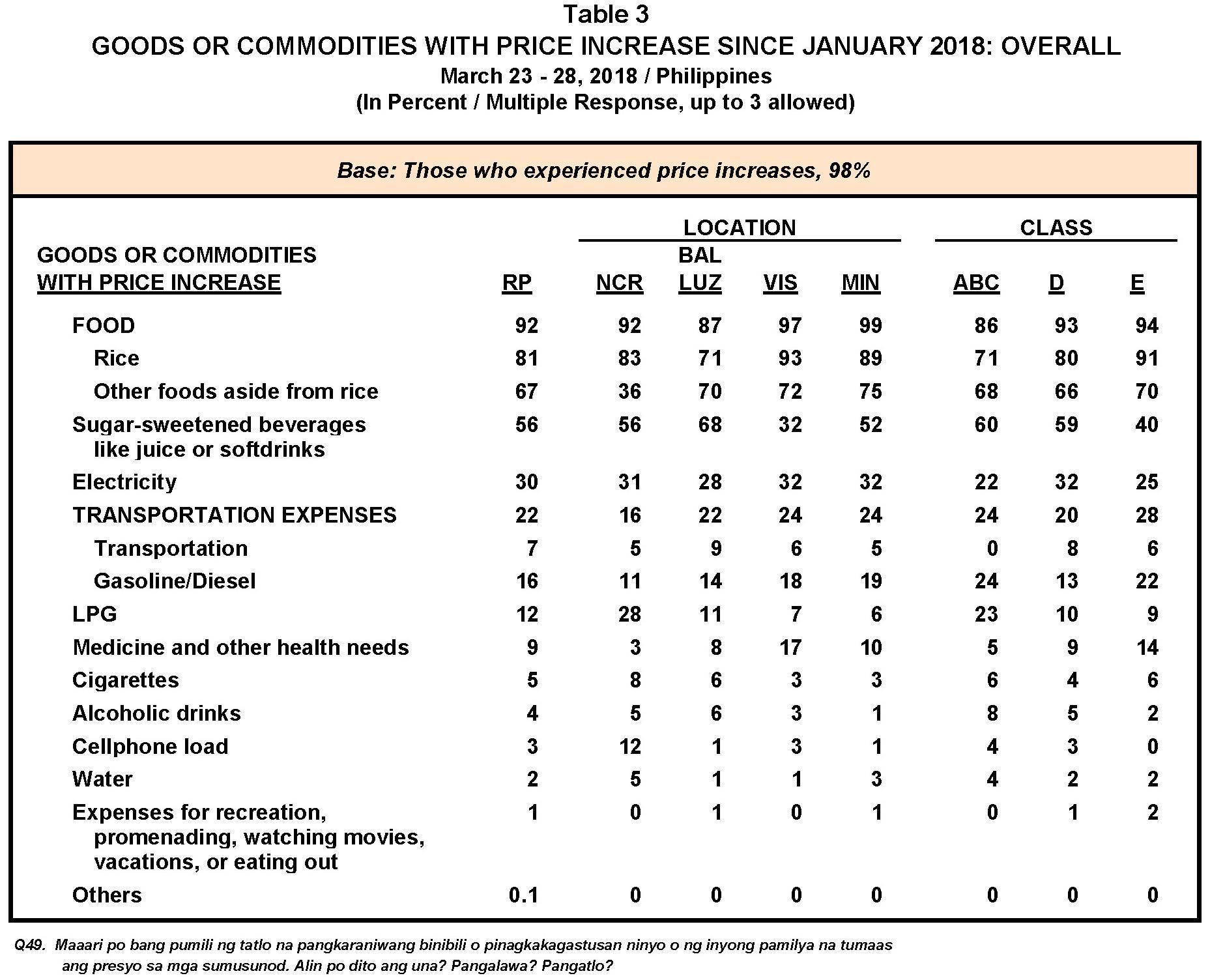 At the national level, the leading first ranked response is food (72%), more particularly rice (58%). Meanwhile, in terms of other responses of Filipinos, the most often cited is food (76%), more specifically non-rice food items (53%). In the different geographic areas and socio-economic classes, majorities cite food as their first response (61% to 85% and 67% to 75%, respectively), especially rice (51% to 71% and 52% to 68%, respectively). With regard to other responses given by Filipinos, the item identified by majorities across geographic areas and socio-economic groupings is food (57% to 89% and 72% to 86%, respectively), in particular non-rice food items (54% to 61% and 53% to 63%, respectively). The exceptions are Metro Manila and Class D (28% and 50%, respectively). (Please refer to Tables 4 to 5.) 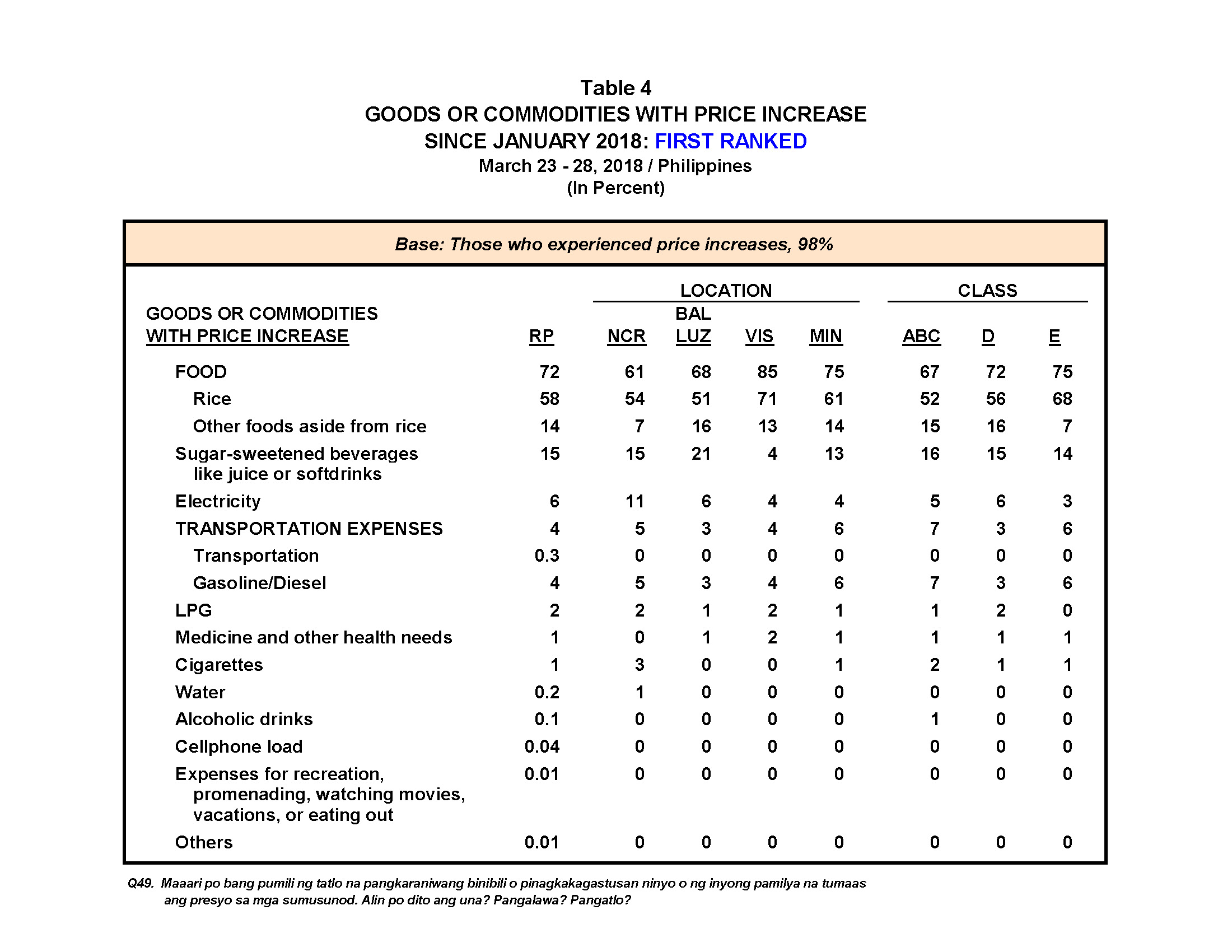 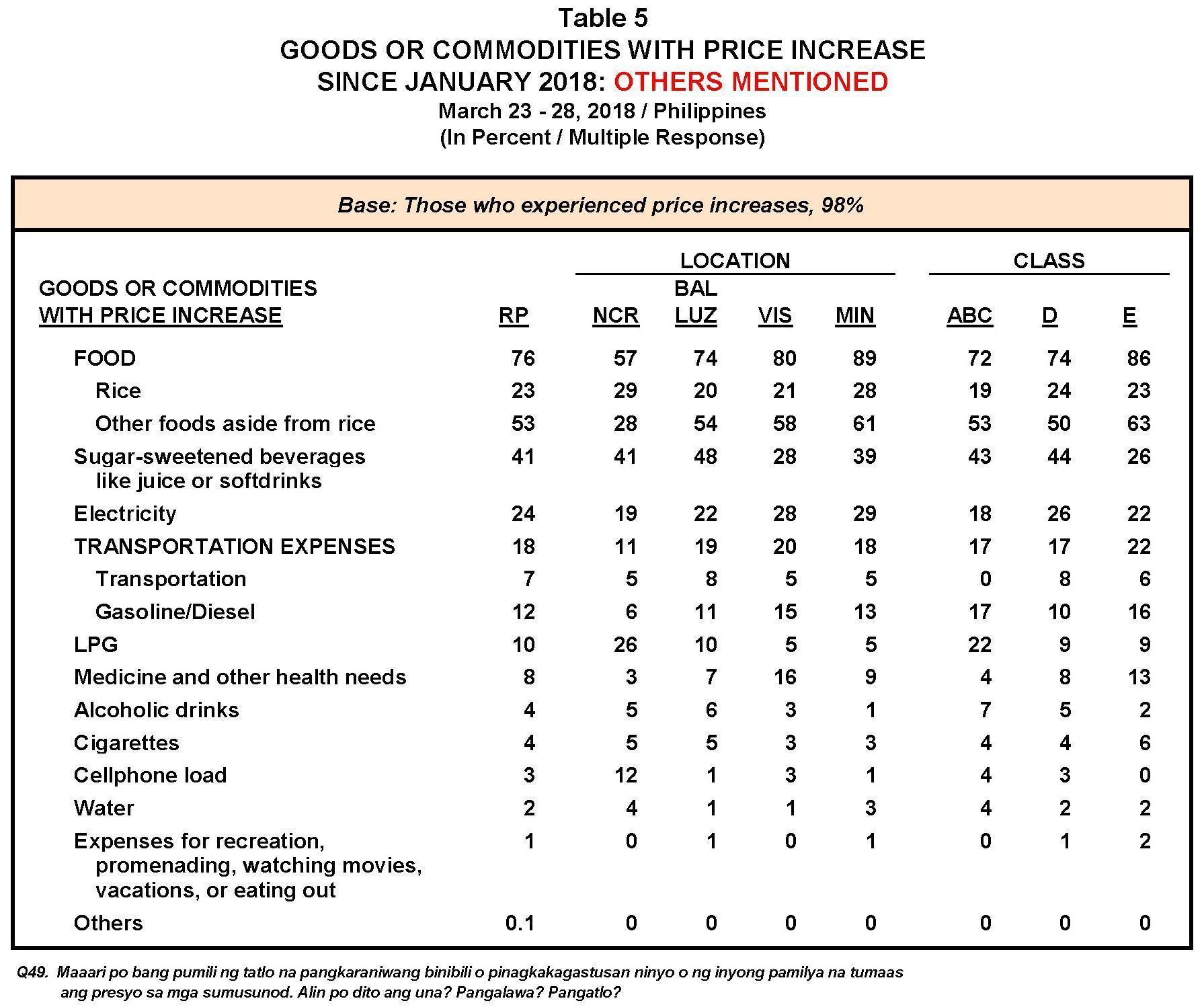 An overwhelming majority of Filipinos (86%) report being strongly affected by the rise in the prices of basic commodities. This is the prevailing sentiment in each geographic area and socio-economic grouping (83% to 92% and 80% to 88%, respectively). Meanwhile, 13% of Filipinos are somewhat affected by such price increases, with 5% to 17% and 12% to 19% across geographic areas and socio-economic groupings reporting the same. Only 1% of Filipinos are not at all affected by the increase in the prices of basic commodities. (Please refer to Table 6.)