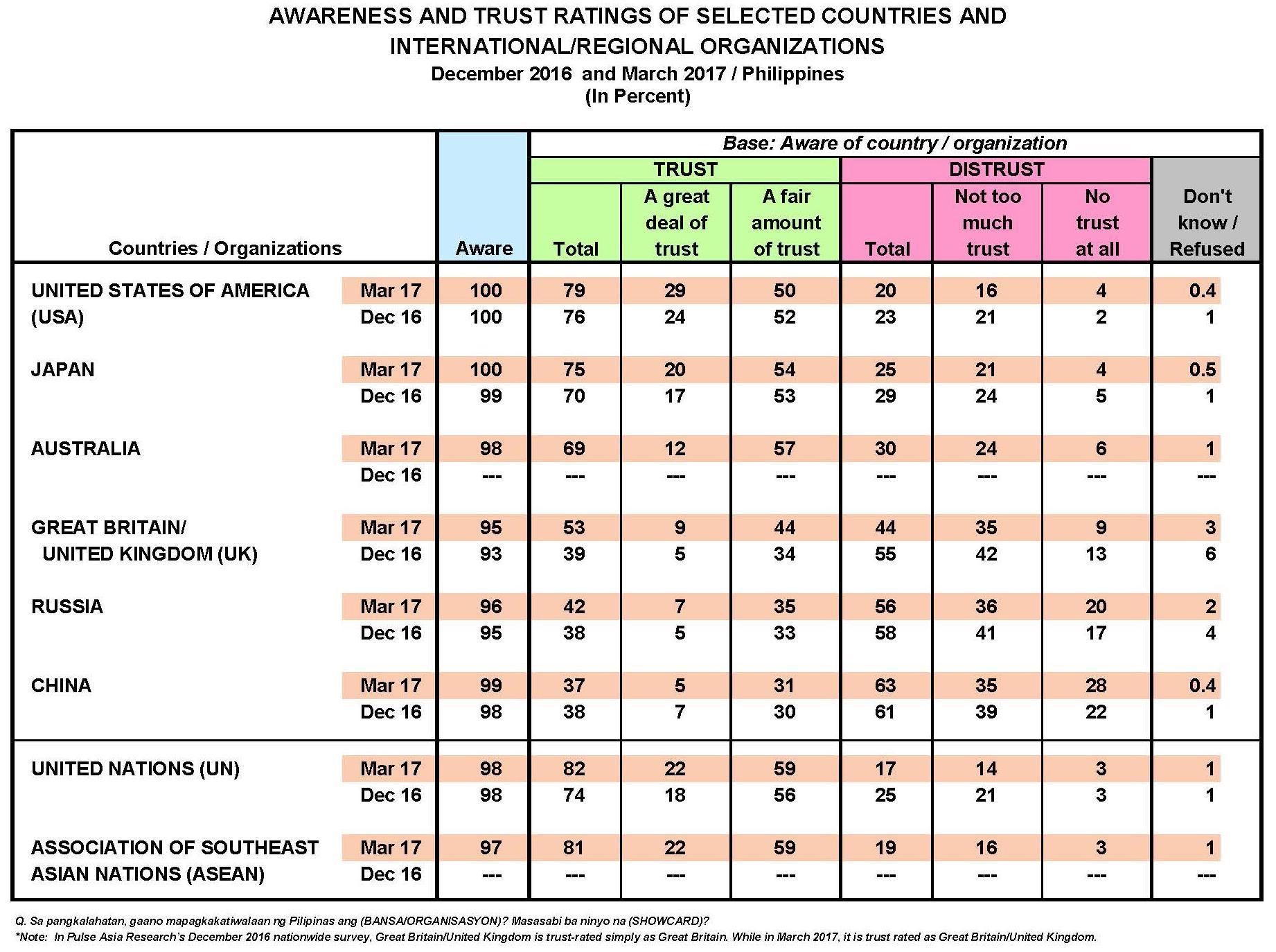 Pulse Asia Research, Inc. is pleased to share with you some findings on Trust Ratings of Selected Countries and International/Regional Organizations from the March 2017 Ulat ng Bayan national survey. We request you to assist us in informing the public by disseminating this information.

Trust is the majority sentiment toward the United States (US), Japan, Australia, and Great Britain/United Kingdom[1] (UK) as well as the United Nations (UN) and the Association of Southeast Asian Nations (ASEAN) but most Filipinos distrust Russia and China; public opinion on this matter is generally constant between December 2016 and March 2017 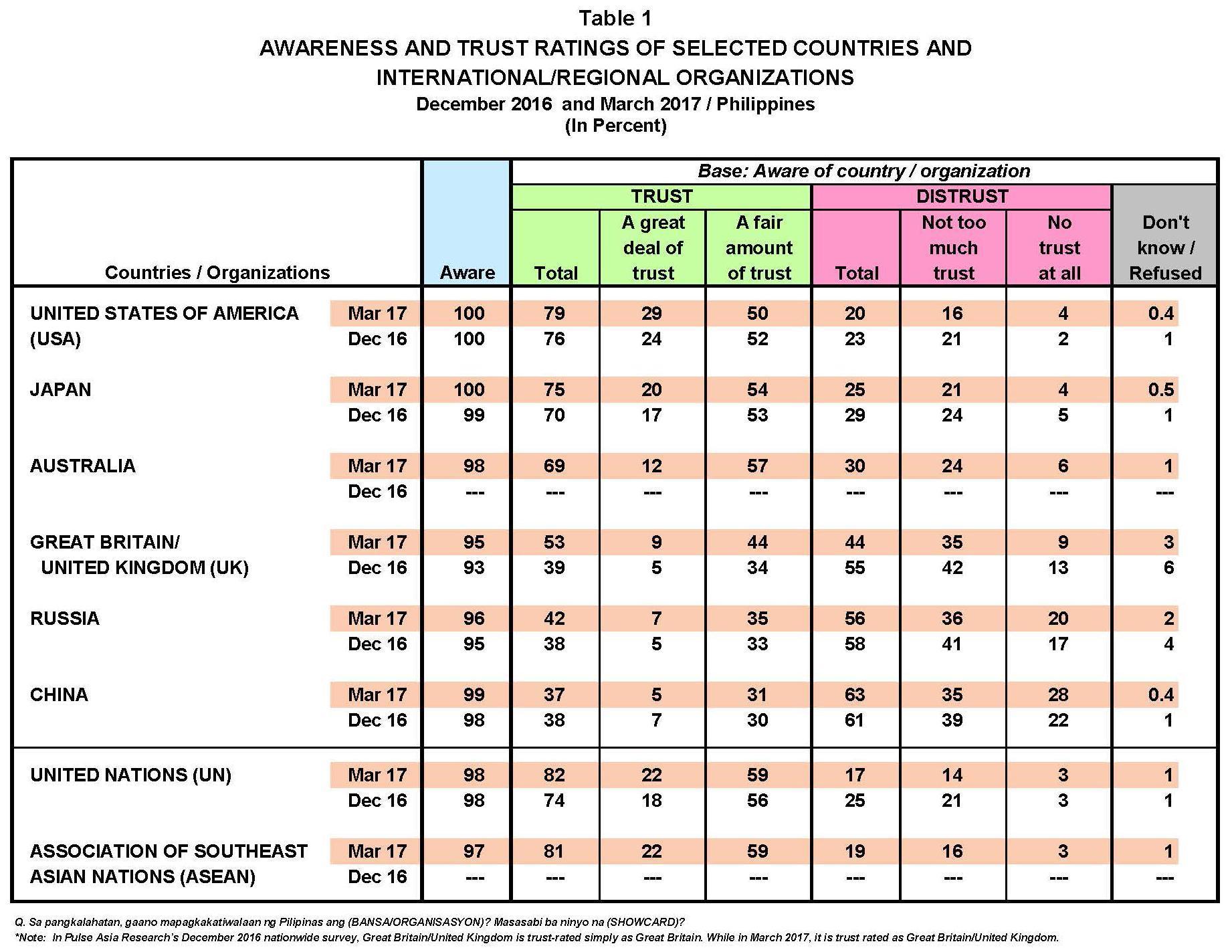 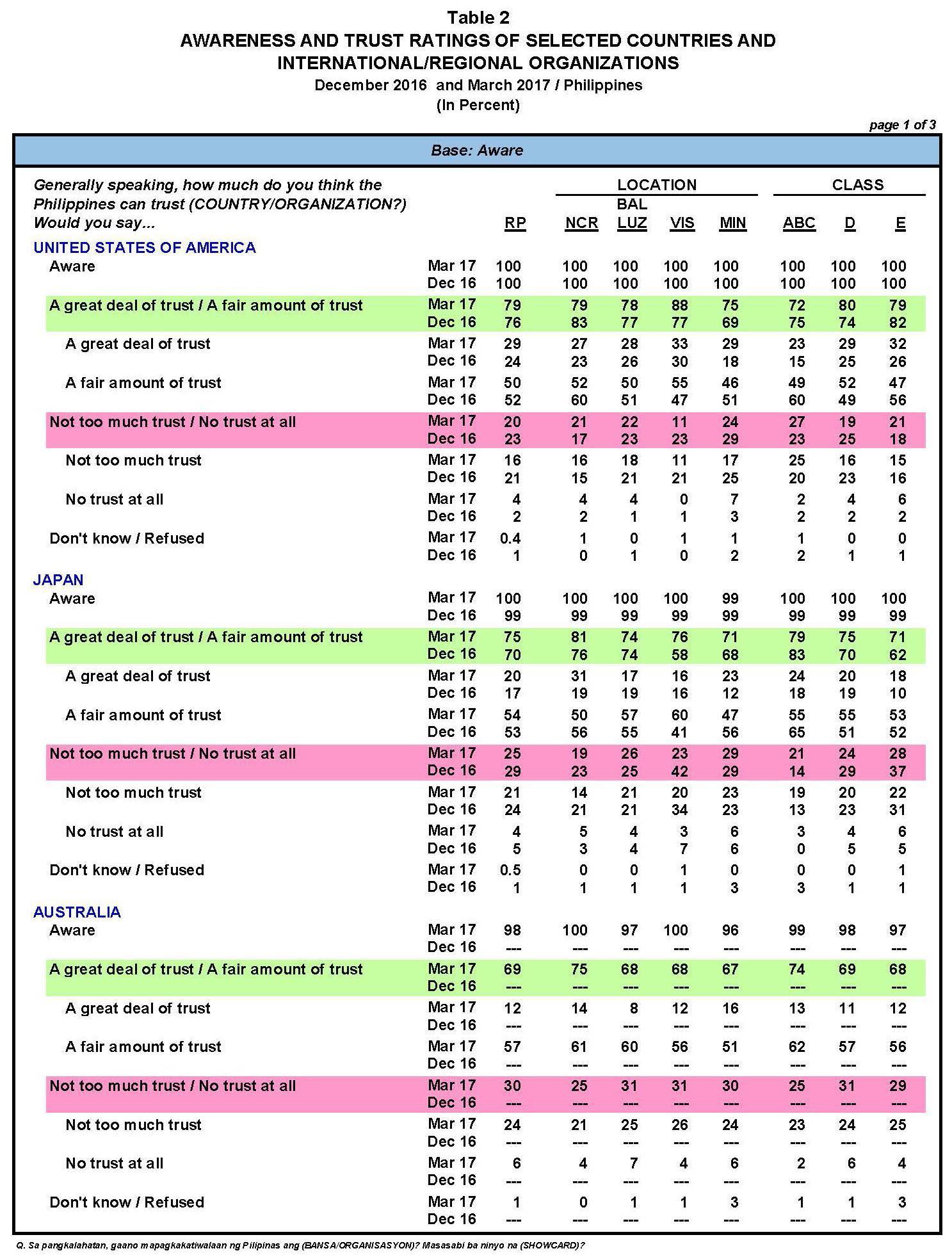 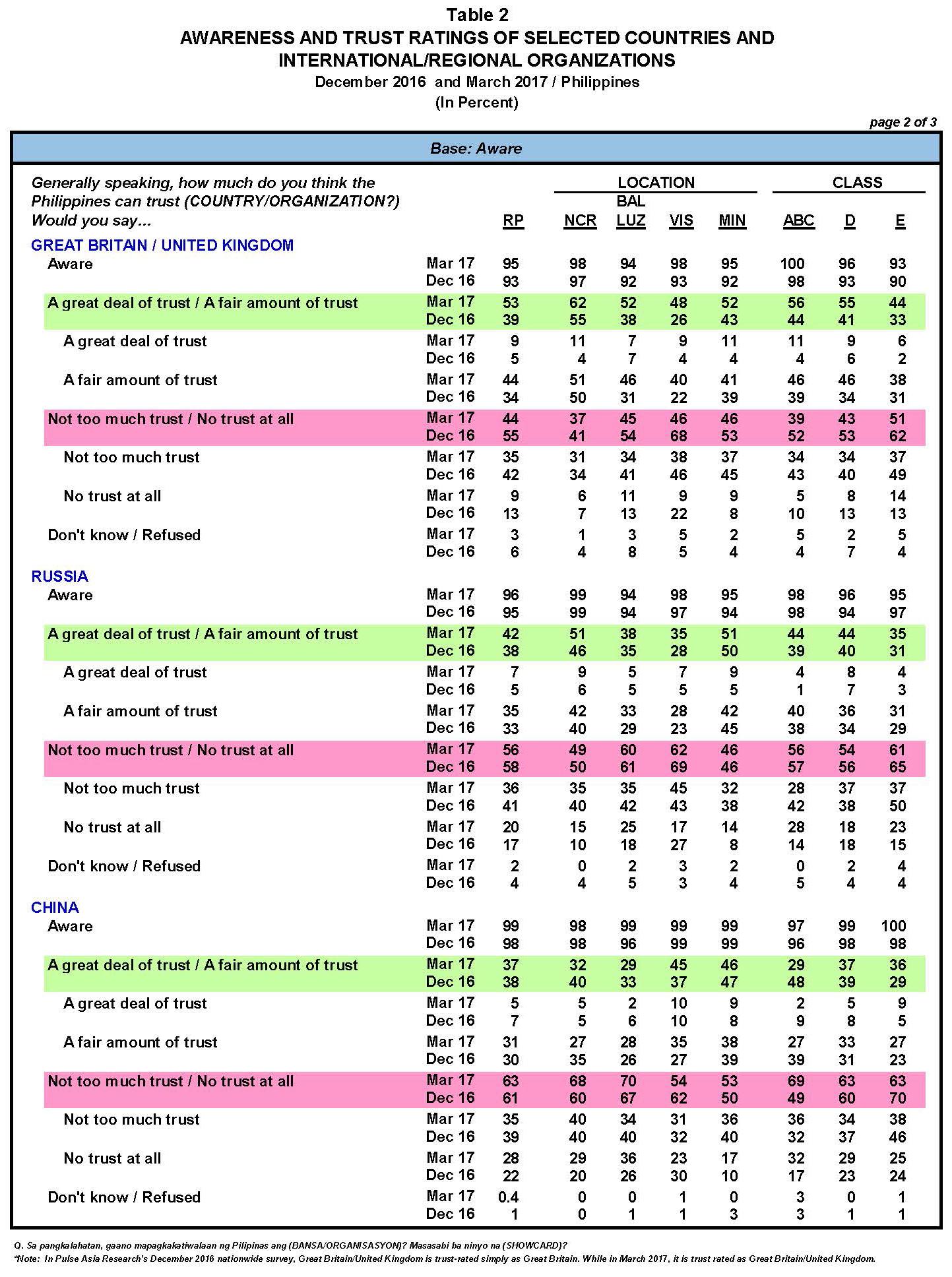 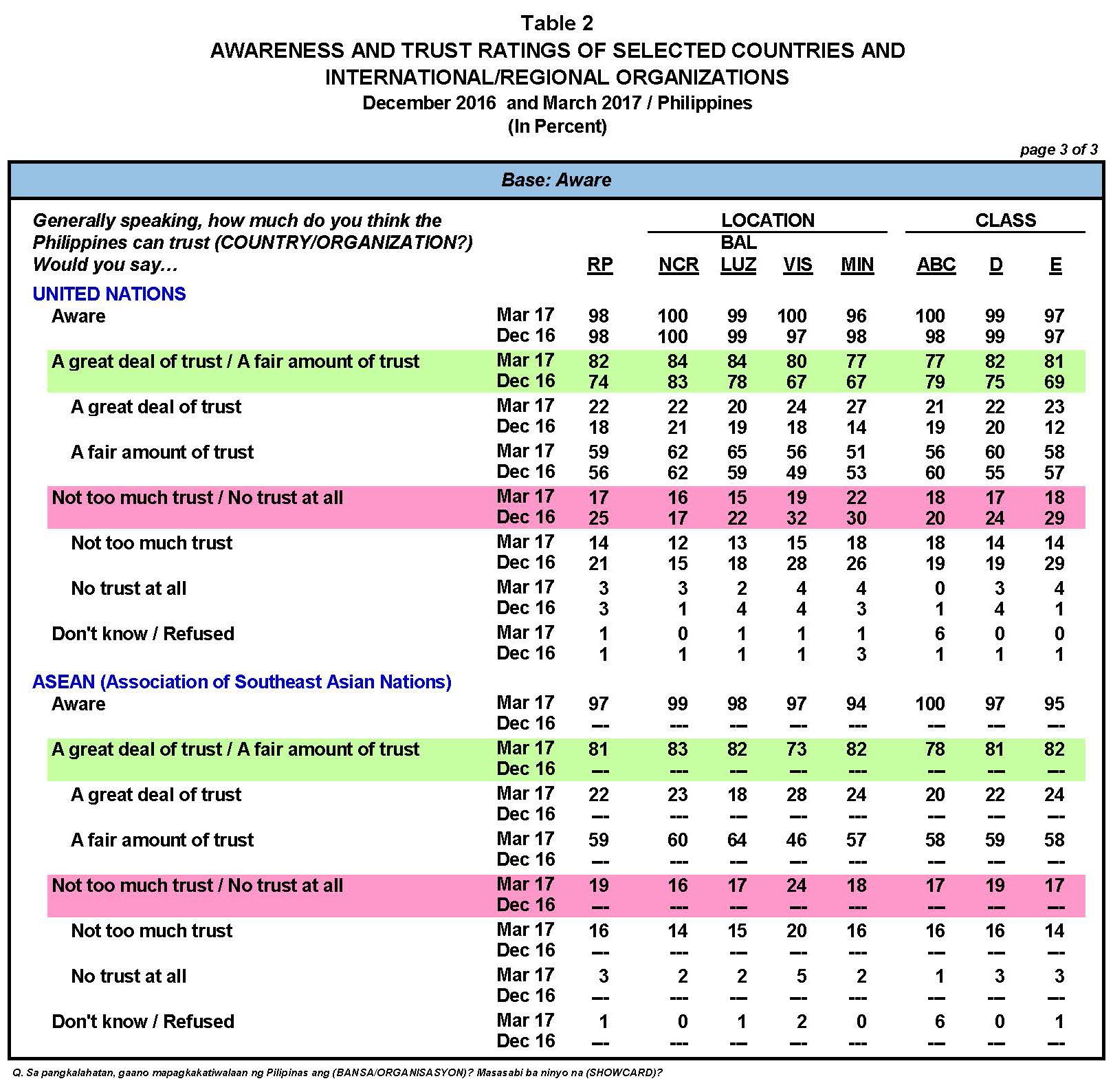