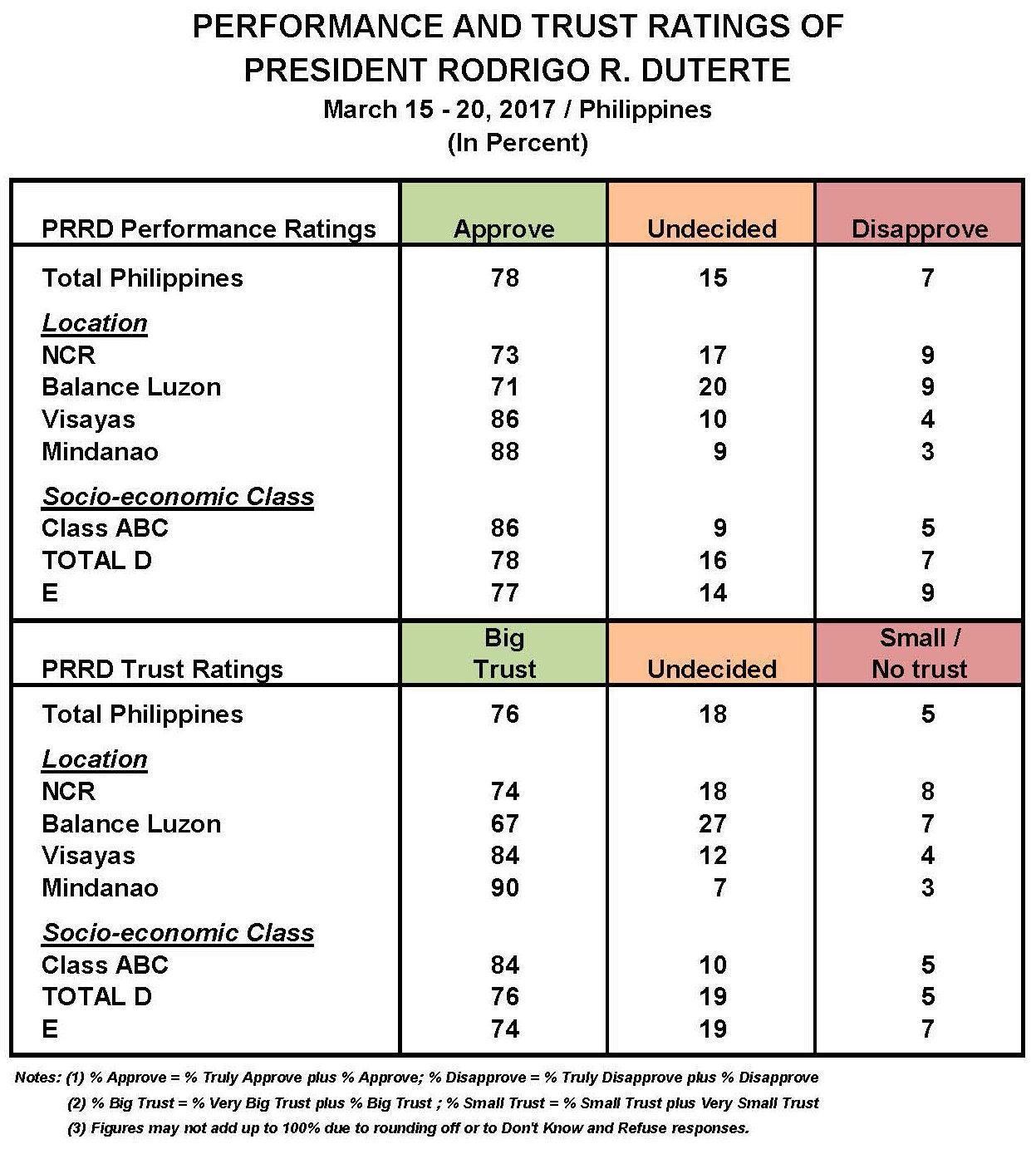 Pulse Asia Research, Inc. is pleased to share with you some findings on Presidential Performance and Trust Ratings from the March 2017 Ulat ng Bayan national survey. We request you to assist us in informing the public by disseminating this information.

Approval and trust continue to be the predominant sentiments toward President Rodrigo R. Duterte in March 2017; public assessment of the President’s performance and trustworthiness remains generally unchanged between December 2016 and March 2017, with the exception of the 7-percentage point decline in his national trust score

Nearly eight (8) in 10 Filipinos appreciate the work done by President Rodrigo R. Duterte in the previous quarter (78%) as well as express trust in him (76%). Indecision toward presidential performance and trustworthiness is a sentiment shared by 15% and 18% of Filipinos, respectively. In March 2017, President Duterte registers single-digit overall disapproval and distrust ratings (7% and 5%, respectively). (Please refer to Table 1.) 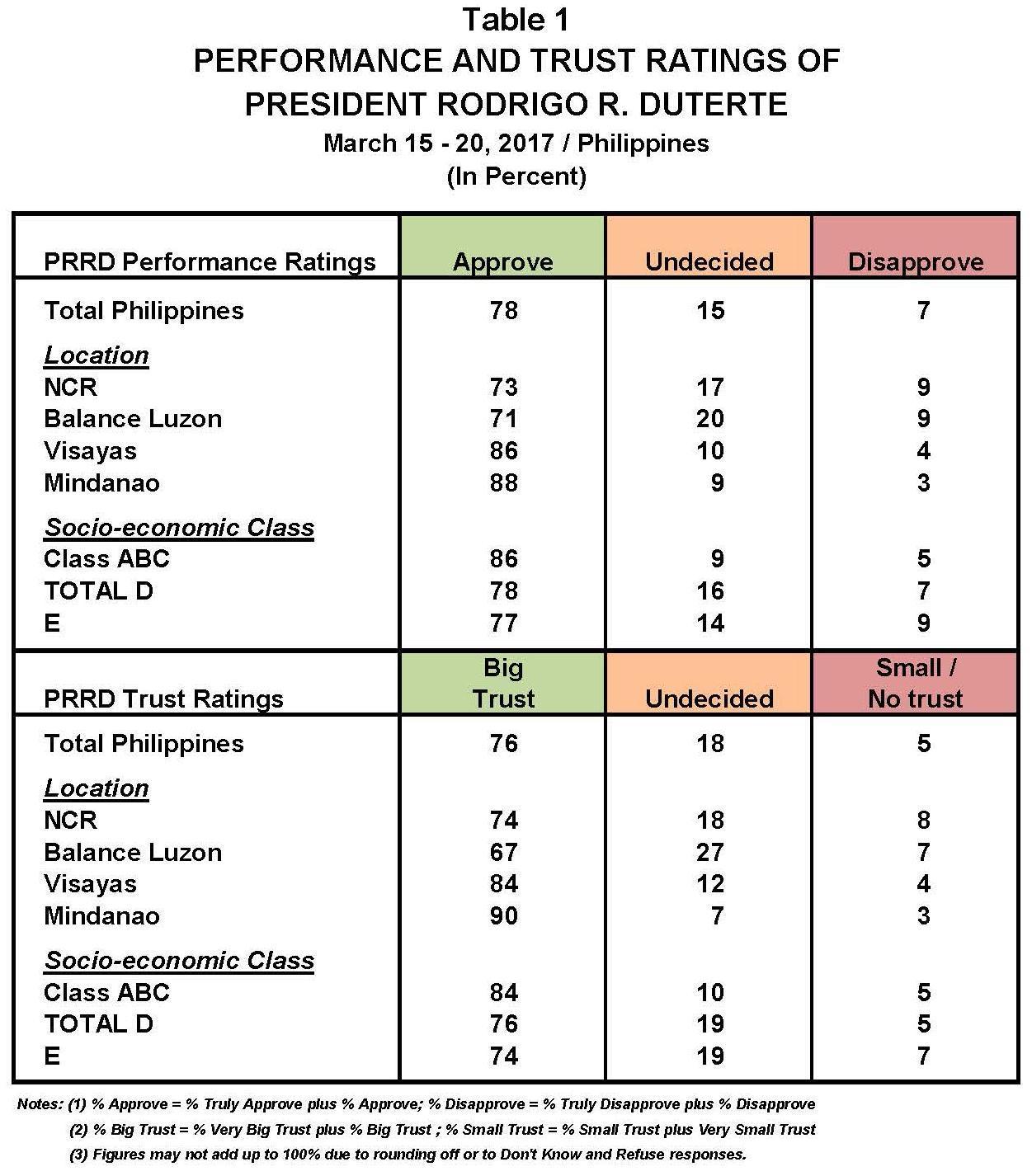 There are hardly any changes in the performance and trust ratings of President Duterte during the period December 2016 to March 2017. The only significant movement occurring at this time is the drop in the President’s national trust rating (-7 percentage points). Even the double-digit movements in the latter’s performance ratings in Class ABC and in his trust ratings in the rest of Luzon as well as in Classes ABC and E are considered marginal as they fall within the relevant error margins for these subgroupings. (Please refer to Tables 2 and 3.) 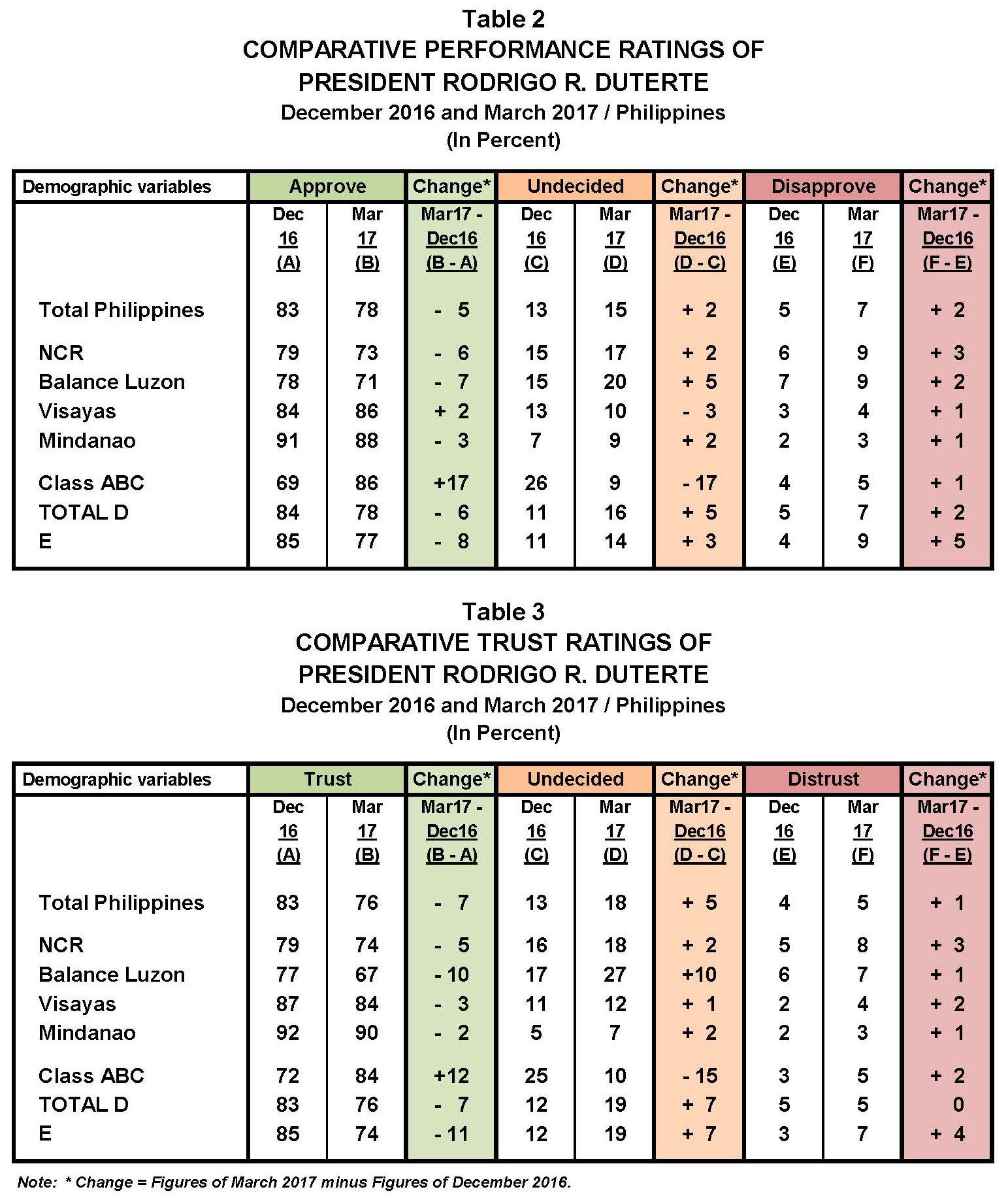