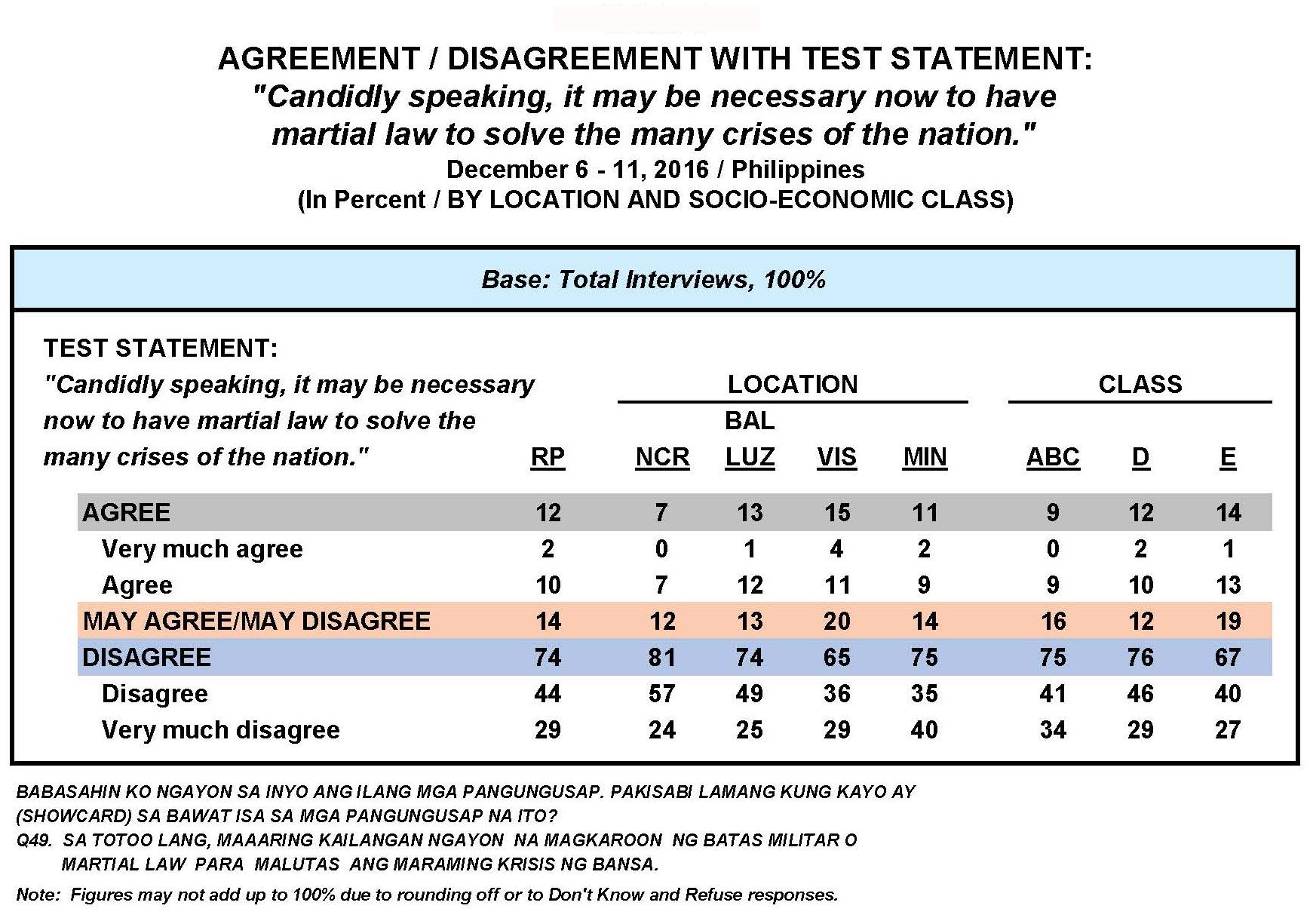 Pulse Asia Research, Inc. is pleased to share with you some findings on Martial Law from the December 2016 Ulat ng Bayan national survey. We request you to assist us in informing the public by disseminating this information.

The majority sentiment among Filipinos (74%) is one of disagreement with the view that martial law may be necessary now in order to resolve the various problems being faced by the country. This is the prevailing opinion in all geographic areas (65% to 81%), socio-economic classes (67% to 76%), and age groupings (70% to 77%), as well as among both men and women (73% and 74%, respectively). Disagreement is more marked among Metro Manilans than Visayans (81% versus 65%) while essentially the same levels of disagreement are posted in other socio-demographic groupings. (Please refer to Tables 1 and 2.) 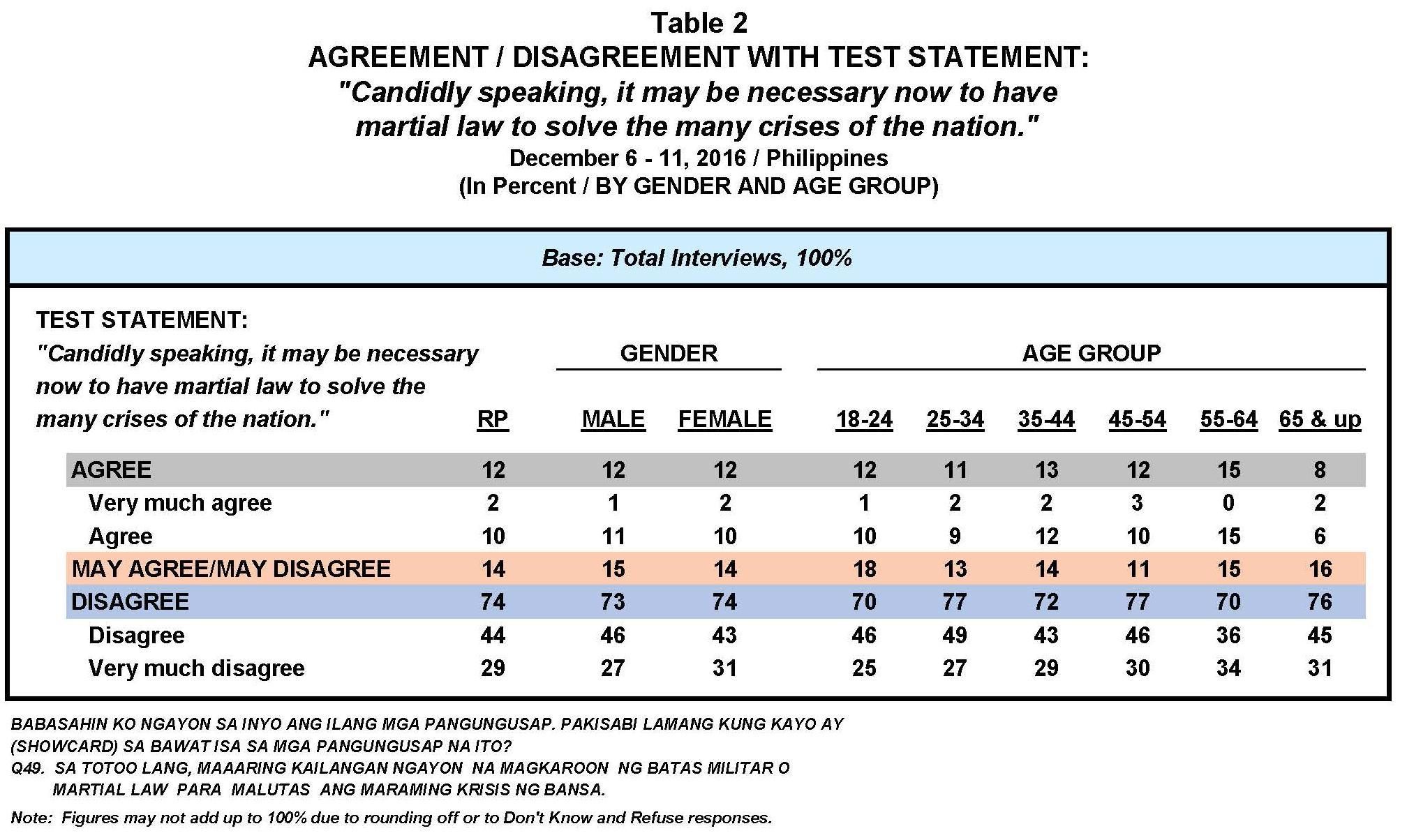 Virtually the same percentages of Filipinos either agree with the need to have martial rule in the country today (12%) or express indecision on the matter (14%). Figures recorded across geographic areas, socio-economic classes, genders, and age groupings do not differ significantly from those registered at the national level.

Disagreement with the view that it may be necessary to reimpose martial law in the country becomes more pronounced between September and December 2016 not only at the national level (+10 percentage points) but also in Metro Manila (+13 percentage points) and in Class D (+12 percentage points). Likewise, this observation holds true in the case of both male and female Filipinos (+9 and +10 percentage points, respectively). Additionally, indecision on the matter of having martial rule in the Philippines now eases in Class D during the same period (-8 percentage points). The other movements occurring at this time in the other subgroupings are marginal in nature. (Please refer to Table 3.)